Sing me songs of no denying

In 2011, US forces got the nod, and a standing ovation on the floor of parliament.

By the time of Obama's visit, Peter Garrett (MP) was already unrecognisable from the idealist who had helped launch the Nuclear Disarmament Party in the 80s. 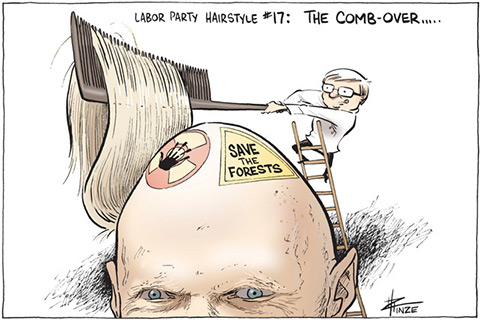 He'd betrayed his anti-nuclear colleagues by approving a new uranium mine in South Australia, and failed to heed clear warnings about diversion of the McArthur River to expand the mine near Borroloola. Trusted with the responsibilites of Federal Environment Minister, Peter Garrett's supporters watched in dismay as he became one of the 'truth makers' he once warned us about in 'Blue Sky Mine'.

Oh, and anyone holding their breath for Garrett to stand up while his labor colleagues re-branded and rolled out the howard government's NTER (intervention) would have asphyxiated.

So there was little surprise when Mr Garrett, rather than calling out this 'setback to your country', joined in applause for the president's announcement of new USA war bases in the NT.

Midnight Oil's songs are as relevant today as they ever were, but Mr Garrett's voice sounds hollow.